7 Marketing Campaigns That Caught Our Attention

4. Sour Patch Kids: First They're Sour, Then They're Sweet

Super Bowl commercials have developed a reputation for being coversation starters. With the amount of eyes looking at the TV on Super Bowl Sunday, it's no surprise that advertising slots are so costly. With a 30-second ad slot costing an estimated $6.5 million during the 2022 event, Reddit decided to take a different approach with its "Go Small or Go Home" campaign.

Reddit decided to purchase a five-second ad slot and created a video campaign that left people a little confused, but sure got them talking. What's so interesting about this campaign is that the short video became one of the most talked-about, attention-grabbing, and shared ads across social media in 2021, maybe because it felt so out of place for the Super Bowl.

When creating ads, you don’t always need to have the biggest budget and the grandest production. Sometimes less can be more.

Pepperidge Farms' Goldfish Crackers are a household staple when it comes to children's snacks. To branch out to a newer audience of teens, they launched the "Focus Face Off Lens" campaign on Snapchat. The campaign used new technology, an eye and face-tracking augmented reality filter, to encourage Snapchat users to test their attention span in return for a sweet discount on Goldfish crackers.

The company took a risk by implementing a new technology in a way that would engage a new audience. The fact that a brand of crackers was able to engage teenagers through Snapchat proves that taking risks and stepping outside the cracker box can pay off when you’re trying to reach a new audience with your campaigns.

Let's be honest: airports can be boring. It's a lot of waiting, people watching, and thumb twiddling.

KLM Royal Dutch Airlines used this to their advantage when creating their "Take-Off Tips" campaign. They set up booths around various airports to give travellers the chance to connect with each other through a holographic screen, allowing them not only to pass the time while awaiting their flights, but also to share travel stories, tips and advice.

The brilliance of this campaign is in the fact that the audience gets to enjoy a physical, memorable experience. Encouraging customers to talk to each other about their flights and travel destinations is likely to persuade more customers to consider travelling to new destinations, therefore increasing sales for the company.

Sour Patch Kids: First They're Sour, Then They're Sweet

Sour Patch Kids became the fastest-growing candy company in the last 20 years simply by taking a step back and asking themselves who and where their audience was.

Most of us likely remember seeing candy and snack commercials on TV. And, while Teletoon used to be an effective place to reach Sour Patch Kids' target market of 12 to 15-year-olds, this age group just isn't watching cartoons anymore. They're largely on social media apps like Instagram, Snapchat, and YouTube.

Unlike many competitors, the Sour Patch Kids brand was quick to pivot their focus to these apps, creating memorable, hilarious content that would actually garner followers - and candy cravings. One of our favourite campaigns? The "First they're sour, then they're sweet" for its witty double meanings. While the brand has been making new versions of this same campaign for decades, they're adapting to their audience and trends. And it's worked - the sour critters now have over 1.5M followers on TikTok, making them the most followed snack brand on the platform.

You know those "Me: Also Me" memes? 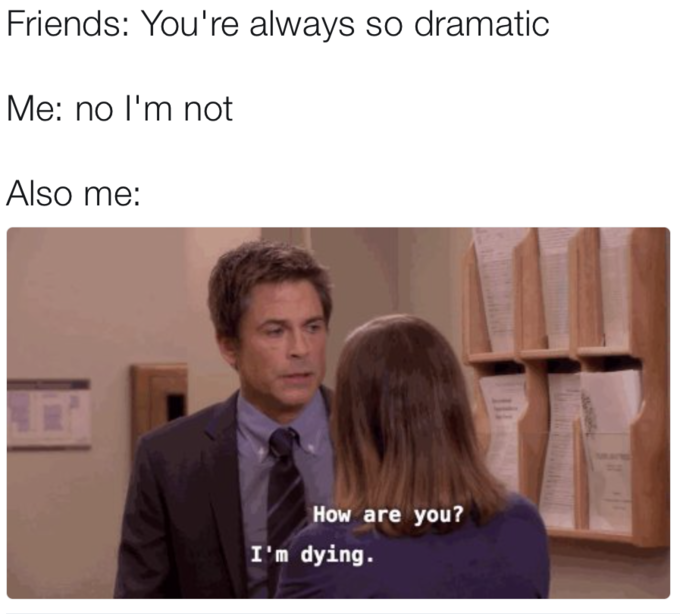 I mean, how relatable right?

Well, Spotify capitalized on this popular meme culture with their very own "Me: Also Me" campaign.

From big billboards and posters to TV spots and social ads, the campaign (which branched into other popular meme references, too) was as funny as it was relatable.

We love how the brand stepped outside the box design-wise while staying within their familiar brand guidelines across this campaign. They used humour and memes that were very relevant to their audience to deepen brand loyalty in those who already know and love Spotify and intrigue those who maybe weren’t yet app users. The creative also easily harkened back to the brand’s “Music for every mood” slogan. Brilliant.

Well, you get all that and more, and there's a lot for marketers to learn from their simple yet engaging email format. Split into categories like Delish Recipes, Cooking Hacks, Quizzes, and Tasty Starter Pack (with links to shop their online store), the email is easy to navigate and gets straight to the point - jumping the reader onto the BuzzFeed website. Readers get exactly what they signed up for: content that they're actually interested in that adds value to them.

Check out the email format by subscribing on BuzzFeed, and consider how a simple layout like this could benefit your newsletter audience.

PS: We took their "Order A Cafeteria Lunch And We'll Guess What Your Favourite School Subject Is" quiz, and it was eerily accurate.

Influencer marketing has been on the rise in 2022. In fact, 61% of consumers trust influencer recommendations. Influencer marketing is a great way to unlock huge new audiences that your brand may not have been able to reach without it. That's what North Face and Gucci realized when they launched their latest partnership collection with TikToker Francis Bourgeois.

While Francis may not seem like a good match for Gucci and North Face, the campaign that they launched was all about discovery, exploration, and cool vintage clothes. The partnership unlocked Francis' audience of nearly 4 million users across social media.

This campaign is a great example of the power of influencer marketing and the impact that an authentic content creator can have on a brand. With the right influencer behind your campaign, you have the potential to shift public perception and tap into a new platform or audience that your brand may have struggled to do so without.

Before starting your next marketing campaign, take a step back and evaluate where your audience is at, what's going on truly be relevant to them, and whether traditional marketing tactics are going to fall flat in this 2020s era.

Looking for some help? Marketing campaigns are kind of our jam. Get in touch, and we'd love to discuss your project and create a campaign that generates the results you're after.

Check out some of our campaign work.

Stay in the know

Subscribe to our monthly newsletter to get a curated look at marketing trends, what’s happening in our world, and the cool $H!T we’re into.

Next ArticleIs It Time to Rebrand? Here are 5 Key Signs

Have a project? Let's talk.

You won’t regret this ;)

Thank you for downloading. Please reach out if you have any questions.